Some techniques to increase the rendering performance

Leveraging the temporal coherency between frames: Reduces the sampling rate at each individual frame, and rely on temporal reprojections to combine samples taken over multiple frames to reconstruct a high quality image (Still performing spatial upsampling / reconstruction, with a virtually higher sampling rate acquired temporally to speed up the generation of the current frame of interest)

Design and train a deep neural network, namely ExtraNet, to predict a new frame from some historical frames and the G-buffers of the extrapolated frame. 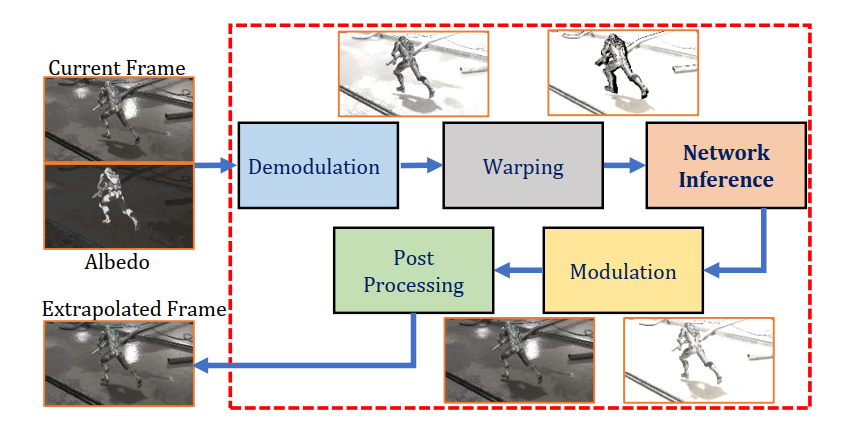 The shading-augmented loss: focuses on handling potential shading changes in the predicted frames 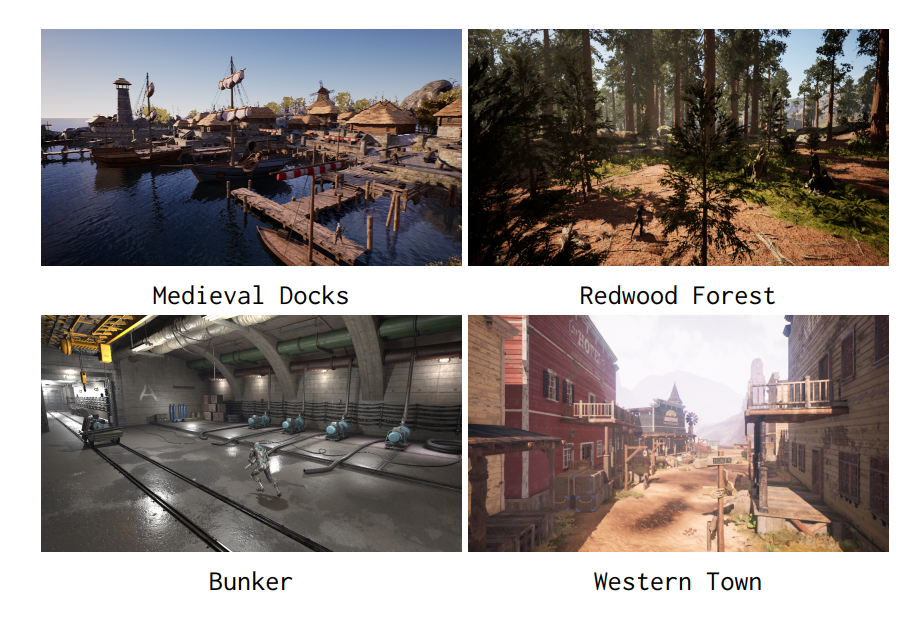 Each dumped frame comprises 10 buffers which can be divided into three categories: 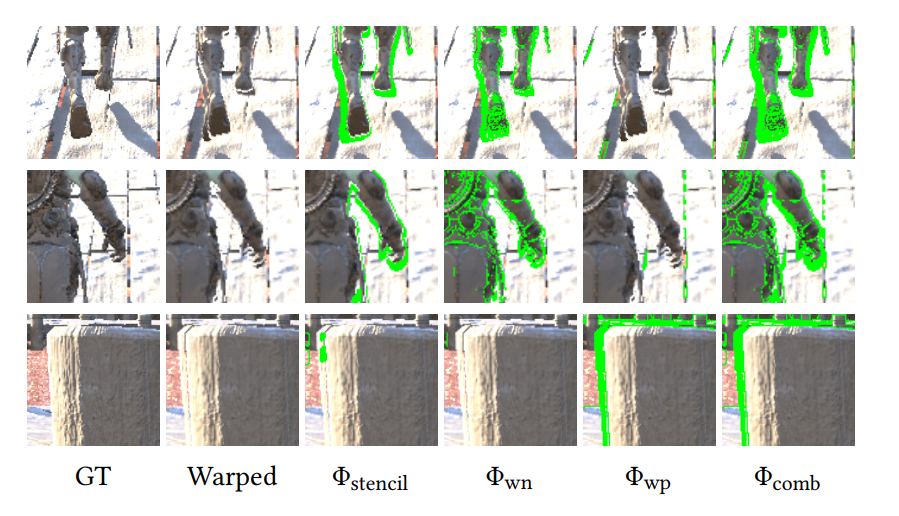 When reusing previous frames to generate a new frame, some pixels in the warped frame will be invalid, due to camera sliding and object moving. These pixels should be marked as holes before feeding into the network 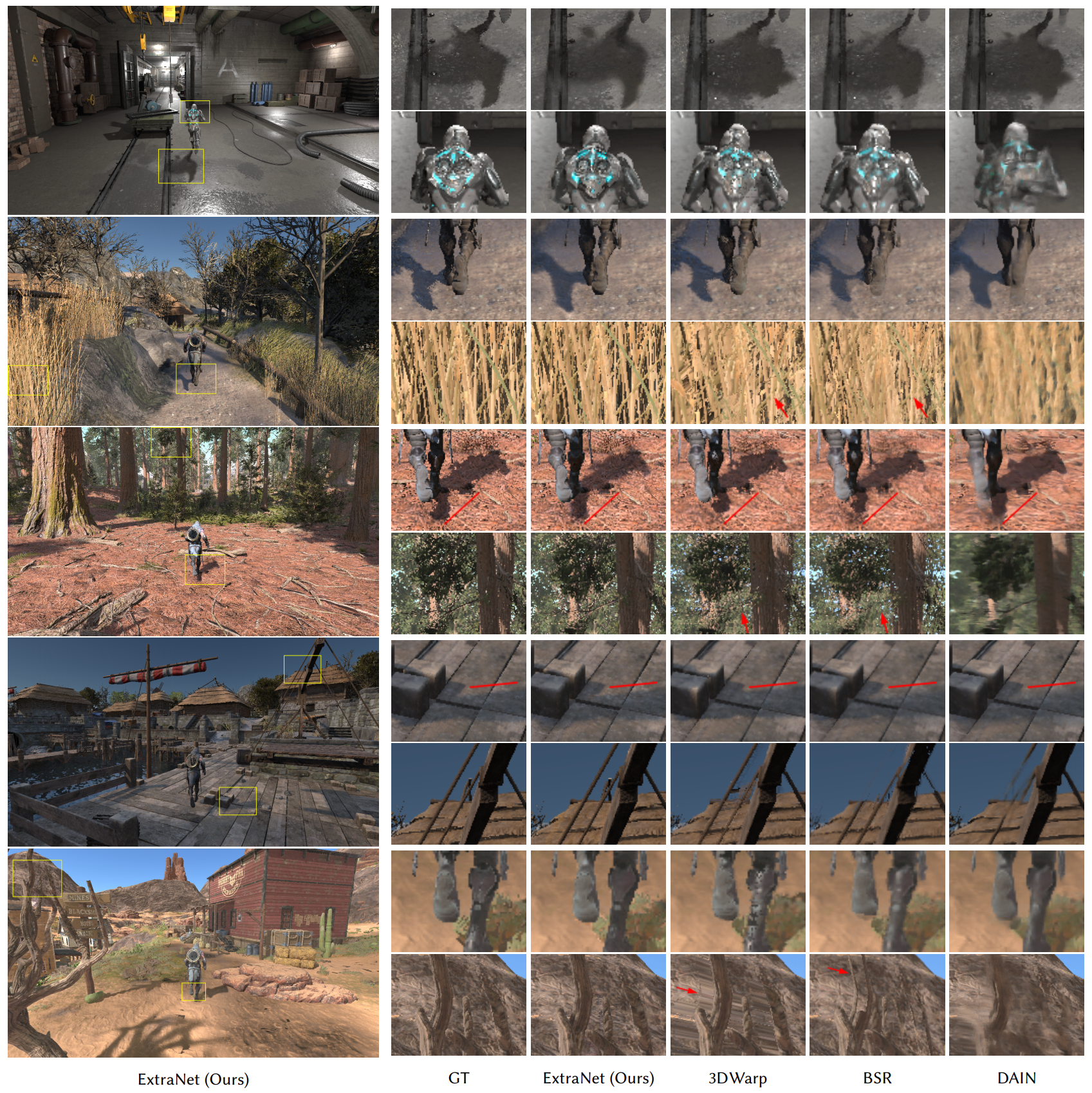 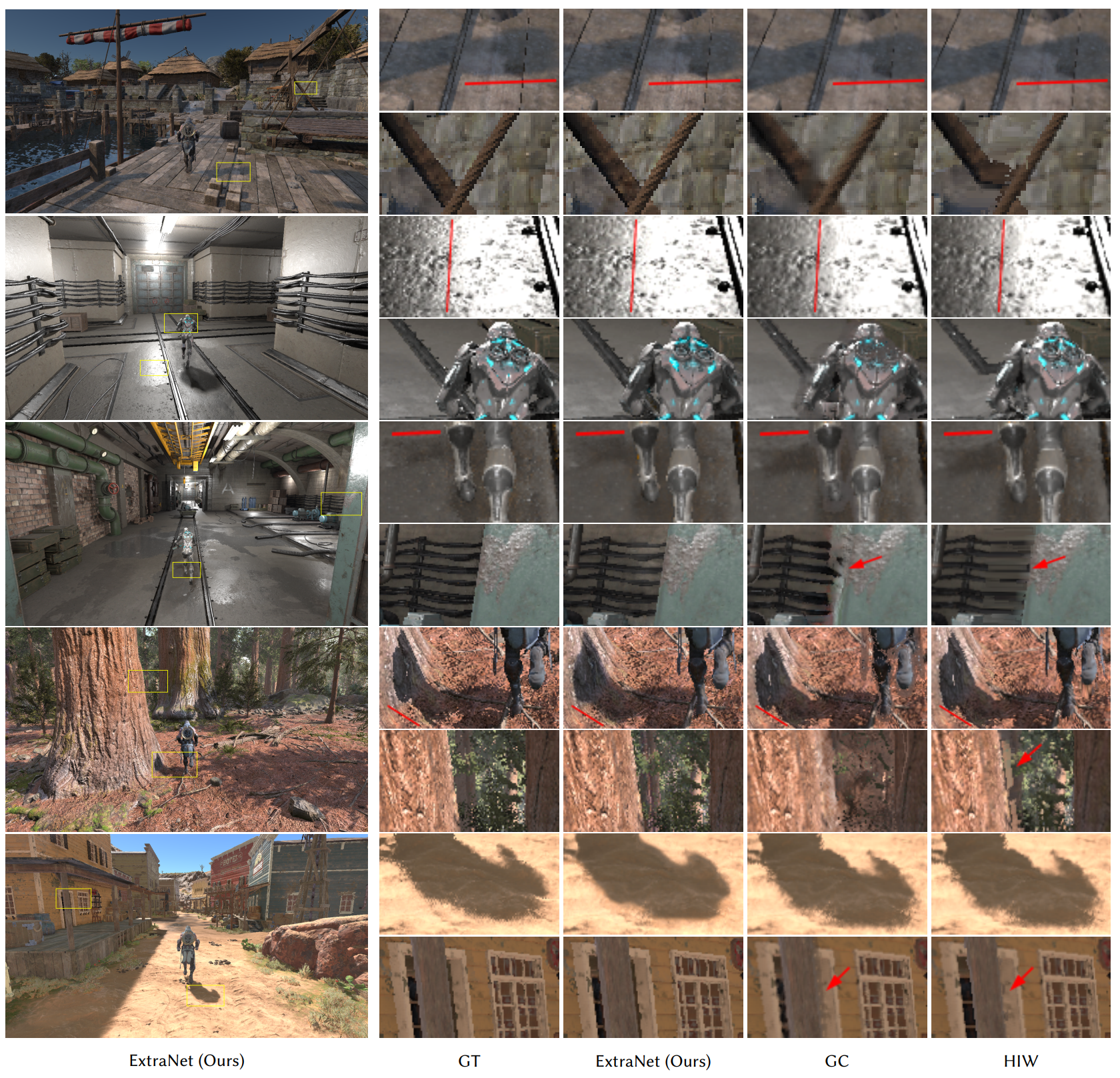 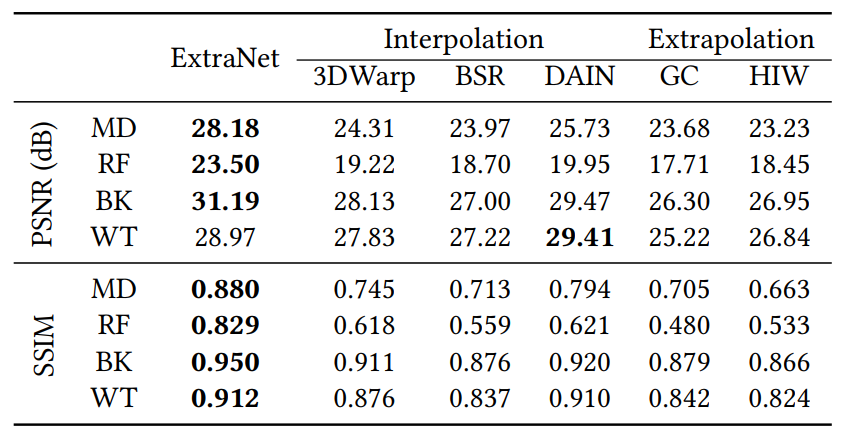 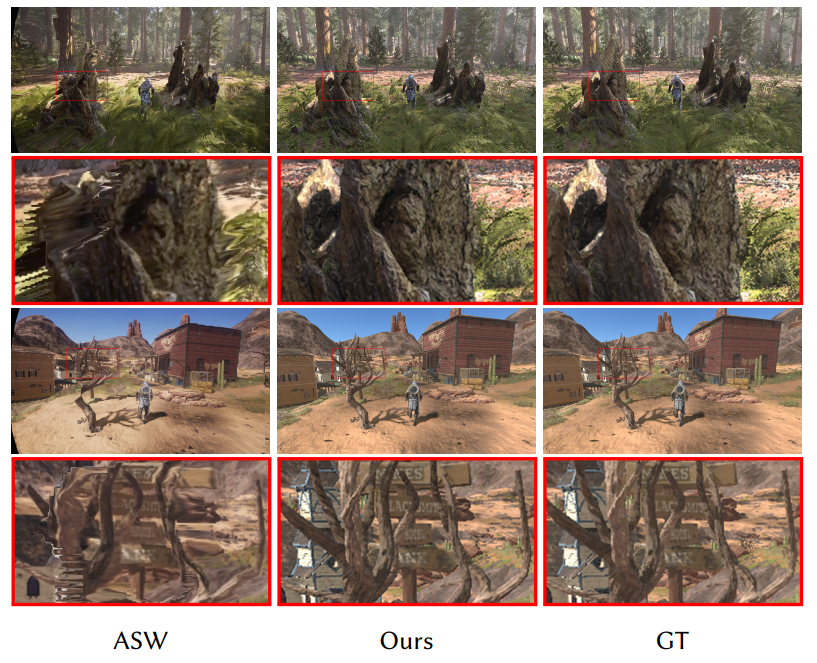 6.4. Analysis of Runtime Performance and Latency 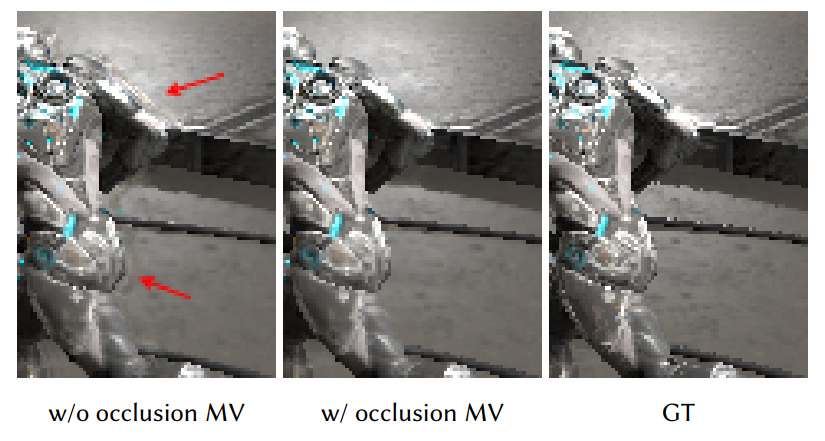 Validation of the shading-augmented loss 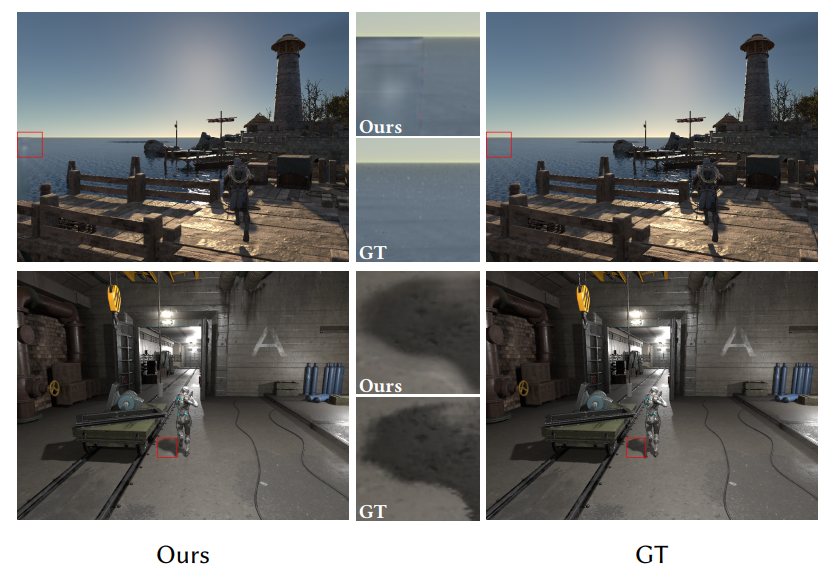